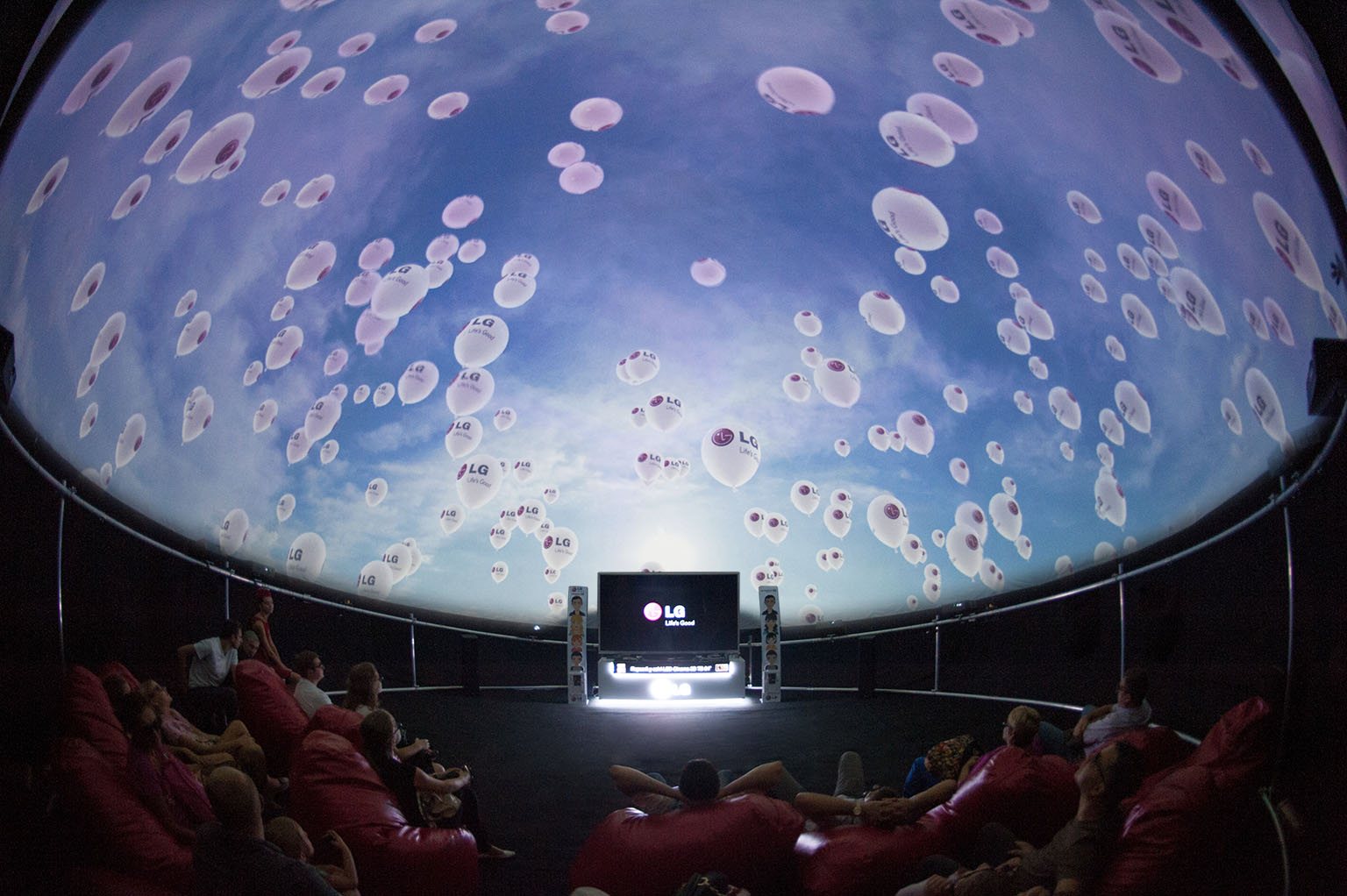 A new 84-inch 3D LG TV installed inside mobile fulldome theaters was presented in the very heart of Kiev on 1-7 September 2012. Two 10 m inflatable domes were set up on Kontraktova Square and Khreschatyk Street.
The project was implemented by the Nebo Event Agency for LG, with Front Pictures acting as a technical subcontractor.

Several features made this project unique:
– Two mobile fulldome theaters were set up at two sites in central Kiev in just one night.
– For the first time ever, a 3D TV was synchronized with a fulldome projection, providing the audience with a unique immersive experience.
– Ukraine’s first ever fulldome commercial was filmed, combining 3D graphics with the performance of an actor.

Special thanks go to Nebo for being creative and enthusiastic about new technologies.